SimpleChess is a chess program using the Stockfish engine.

How does it look? 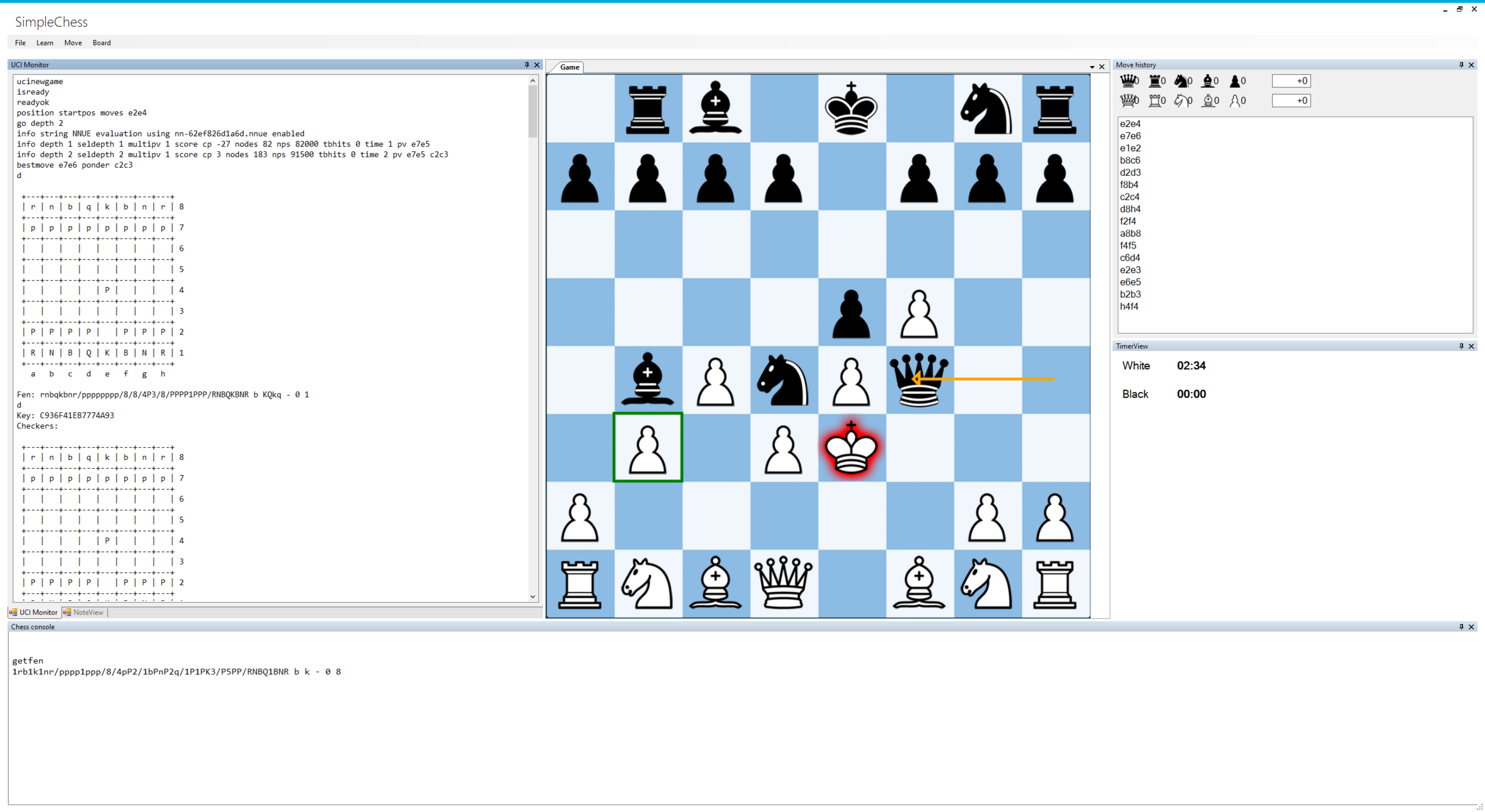 UCI, (Universal Chess Interface) an open communication protocol for chess engines to play games automatically, that is to communicate with other programs including Graphical User Interfaces. UCI was designed and developed by Rudolf Huber and Stefan Meyer-Kahlen [1] , and released in November 2000 [2] . It has, by-in-large, replaced the older Chess Engine Communication Protocol. (Wikipedia)

What does that mean to you?

You can choose from a large list of UCI engines, and decide which to use, but keep always the same graphical user interface. Which is fine. The stockfish engine is the strongest open source chess engine though.

SimpleChess is in very early development stage. So it is currently only possible to play white.

What you can already do with it?

What you cannot do

Yes I know, there’s chess.com and lichess.org, and you can do a lot of stuff there. But imagine you get lost on an island during a plane crash as the only survivor. The only thing you could find is a laptop with SimpleChess on it and a bottle of California whiskey. Get it?